The Sky Regency by JL Carter

Today, I have JL Carter over. A Regency era Alien invasion Sci-Fi intrigued me. So I bought the book and reviewed it. I am most impressed! 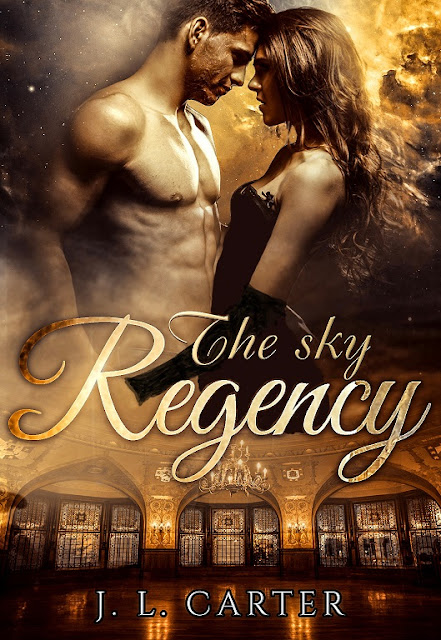 The Sky Regency
by
JL Carter

It’s 1810, and Europe is at war as Napoleon stages his great march across the continent and the British Empire battles the threat. King George III’s illness leaves him raving about sky invasions—rants that his courtiers dismiss as the thoughts of a madman.

Margaret Swinton has her own problems; unwillingly promised to Julian Barwick, Duke of Bridgewater and a royal insider, she struggles to find feelings for him, something that her family cannot understand.

However, History will soon be transformed when strange lights start to appear over England: a new invader with a power that easily overwhelms the primitive British forces. As George III repeals the Regency Act, Margaret meets Aidar, the gorgeous and dreaded Prince of the Sky Men.

Margaret quickly finds herself trapped in a deadly, deceit-filled love triangle in a world that has changed forever. The stakes are high, and one wrong move could easily spell disaster…

She’s standing in the middle of the city. A massive clock tower rises from the center of it. The building is clearly a recent addition; large sections of it have been made up of strange, copper colored metal plates. Rather than a clock face, an elaborate set of gears and toggles don the front top of the tower.
The streets are empty. There is no destruction – but there are additions, and many of them. Those copper metal plates are everywhere. They cling to the sides of buildings, both old and new. They have been plastered into the cobbled walk, taking the place of bricks that have no doubt been destroyed in the war.
Strange words replace the signs. They have been carved onto the walls, the windows, and the other placards. Margaret can’t read them, but she has a feeling that, much like the posters advertising propaganda, they have more meaning than anyone would dare imagine.
“Hello? Hello,” calls Margaret. Her boots click clack on the ground with every step that she takes. No one answers her. It doesn’t look like anyone is here. “Hello? Someone? Anyone?”
It’s strange.
For the most part, when Margaret dreams, she doesn’t know that she’s asleep until long after she’s woken up. Now though, Margaret’s mind is very clear; she knows that this is a dream, and yet can’t shake the feeling that this is of the utmost importance, that ignoring it would be a grave mistake.
And so, she wanders down the streets, no longer familiar with all that changes that they have undergone. A busted wagon rests on the corner of Fifth and Oakland Street. The windows have yet to be patched on the Carousel - a local bakery, known for their scrumptious biscotti.
Occasionally, Margaret tries to call out, but no one ever answers. At least, not until she rounds the bend onto Jasmine Lane.
That’s when she sees it.
There’s a dark shape at the very end of the path. The moment that Margaret’s eyes land on it, he turns and races down the sidewalk.
He?
Despite the fact that the figure is mostly unclear, Margaret has no doubt that it’s a male. She gives chase, suddenly overwhelmed with the desperate need to catch him.
“Come back,” she cries. “Come back!”
But it’s to no avail. Margaret chases the man all through the city, only for him to vanish at the dead end on Carson Road. She’s left standing there in the reformed city, alone, lungs aching as they try to draw in a proper breath.
Margaret closes her eyes, opens them again.
She’s still there.
“Wake up,” says Margaret, firmly. There are eyes on her, making the hair along the back of her neck prickle. When she looks, she can’t find anyone.
Slowly. Margaret starts to back out of the alley.
“Just wake up. Come on now, Margaret. It’s not that hard of a thing to do. Just wake u—"
Her back hits something solid. Margaret yelps and spins around.
It’s the dark shape.
One by one, the street lights flicker into being. Their soft glow casts awful shadows on the man’s face, but it does illuminate it to some degree.
It’s Aidar. His eyes are hooded, lips pulled back into a gruesome sort of smile. The purple scales around his eyes are stunning, and the others are coming into existence fast.
Aidar opens his mouth, and a serpentine tongue rolls out from between his lips. It flicks at the air, like a snake trying to taste its surroundings. Piece by piece, the scales fall away, revealing a pulsing, twisting mass of unrecognizable flesh.
Margaret screams.
When she wakes up, she’s still screaming.

Review of The Sky Regency by J.L.Carter

The story begins as a historical romance between a young woman named Margaret and Julian, the duke, with lots of sexual moments, but they all had a purpose. But then an alien species invades England and I became absolutely mesmerized.

Prince Aidar looks like a man, until you piss him off. Then he turns into the alien he is. As the aliens take control, Aidar moves in with Margaret while Julian is off planning ways to stop the aliens. He takes her as his lover. He is not gentle, but she likes it.

Julian has given Margaret a necklace, which he claimed was a family heirloom, but Aidar insists the necklace once belonged to his people.

Both her lovers (Aiden and Julian) are dominant in their treatment of her, but she accepts and enjoys their actions. Honestly, she has no idea whom she loves the most.

She doesn’t see the violence outside as humans fight the aliens. She only sees two men, enemies, yet she loves them both.  I will tell you no more, only that soon one will feel betrayed. But really, she did need to choose.

While this book ends with a proper HEA, I feel there is another novel in the works and I for one cannot wait to read.

The story is delightfully creative, genuinely engaging, and most unique.

The sex scenes are never gratuitous, and thus, despite explicit sex, they didn’t offend me at all. I actually enjoyed them.

I give it a hot sizzling 5 stars!

Sales Links for The Sky Regency

Johan Lynn Carter was born in small town Texas from an avid Regency romance reader and a sci-fi geek. As a result, she was destined to marry a Jedi Duke and be trained to become an a**-kicking lady.

Growing up as a financial analyst in Austin, she used to write kinky fan-fiction on the back of Excel spreadsheets. Thankfully, her boss never found out (but his secretary did!).

When she’s not writing, Johan likes to read sci-fi and paranormal romance books (the more fangs and claws, the better), try not to burn everything she cooks, Netflix with her husband and raise her two kids to not become as weird as she is.