Welcome, glad you could make our 3rd in day school with baby Drogan, our gilled water hero of the book Drogan (unpublished). 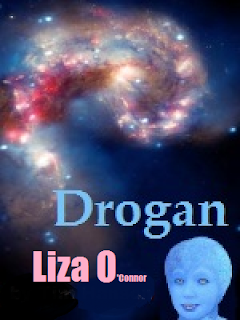 Scholar Jonas continues with his lecture. “The Gods have better things to do than ensure this kelp plant and the billion like it each obtain a single path to deliver the electron in the most efficient manner possible. How would you like to be assigned such a dull task?”

The children shook their heads.

“Thus, the Gods created in everything a force that performs these tasks at every level of possibility, all entangled upon the greater force.” 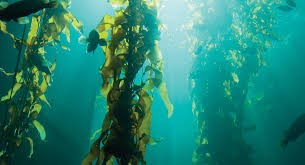 He walked back to the kelp plant. “Life is incredibly complex, yet amazingly simple. From all probabilities, the strongest are selected as paths.”

“You mean the best?” Ghosh challenged.

“No, I mean the strongest. In the case of the kelp’s Path of Light, the word ‘best’ could be used. “But what if the item growing is a cancer? It may be the strongest path, but no one would call it the best.”

Drogan smiled seeing where the scholar was going. Since he could sense the other universes, he knew the path taken was not always the best, but for that universe it was the strongest.

And that was why the Gods are so needed. Like the medic who fights cancer in a patient, only they can fix the universes gone bad and they do it by collapsing universes into each other, canceling out the paths of darkness, just like the electromagnetic fields of the Kelp plant remove inefficient paths.

His gills fluttered with excitement as he realized how they did it. Universes had time echoes…where the same things happened, only in a slightly later time frame.

Before any major event concludes, all the similar universes must play out. If the Gods aren’t happy with the early universes’ outcome, they can change the universe running slightly behind, then collapse the event while focusing on the desired outcome. In this manner the universe with the best path can prevail. Unlike the electromagnetic fields which always selects the strongest, the Gods can choose the best.

Drogan raised his hand and shared his insight. Scholar Jonas stared at him so long, he grew nervous. He was certain he was right, but what if Scholar didn’t believe him?

“A most intriguing possibility, Drogan. Very well thought out.”

Ghosh raised his hand. “But is it correct?”

Jonas shrugged. “It is beyond my ability to say. Only the Gods know for certain.”

I hope you've enjoyed your lesson in Multi-verses. Let's recap.

Electromagnetic forces are the mindless forces that impact everything in the Universes at every level and size. This force  reduces the massive probability occurrences that could occur to only the strongest  probabilities. Without this massive reduction of probabilities, the explosion of universes would hit infinite and become unmanageable instantly.

But this self-reducing force keeps the multi-verses manageable, in which only the strongest, most likely occurrences will eventually be the last strand standing.

I hoped your enjoyed your classtime with Drogan.
He's a cute little fellow and will grow up to be vitally important to the survival of several species, including humans.