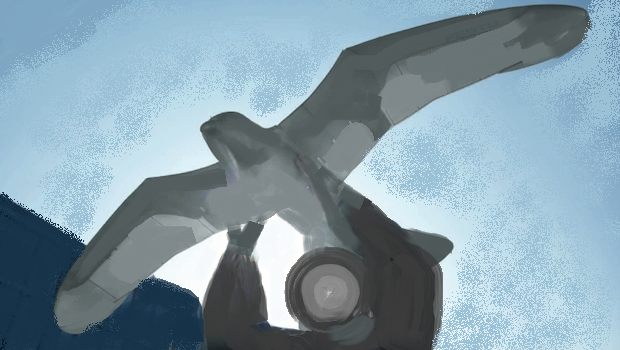 Not trying at all is far worse than failing on the second try. In fact, since the second try ALMOST succeeded, I still think it's a grand leap closer to success.

What am I talking about?


Space X's almost landed its rocket after delivering it's payload into space. Previously, we haven't even tried to reuse the giant rockets that lift our space cargo off our gravity heavy planet. (I'm not complaining about gravity. It keeps my muscles and bones strong, and more importantly, it keeps me and pc on my nice soft recliner. Otherwise, all these things would fly off willy nilly.)

Back to the rocket that almost landed on a robot ship in the ocean. It bullseyed the target. Only it landed a bit harder than it should and fell over. But the engineers now have a bunch of stuff that worked just like it was supposed to, so on the next rocket they can focus on what didn't work and how to fix it.

This was only their second try. I think they are making huge strides forward. And once they succeed, and I expect they will, their costs will drop a hundred fold, which will force their competitors to figure this out as well.  Having reusable rockets is a game changer in the space program, and given how close they came to succeeding this time, I think they'll get there.

So hats off to Space X and their almost win. You've convinced me it will happen and sooner than later. 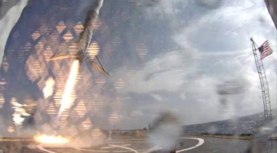 Credit: Space X
This isn't the rocket taking off. This is the rocket landing. While, to me, it looks a bit tilted, that could be due to the weird bubble we are looking through, because the flag pole looks tilted as well. The CEO of Space X said it landed too hard and bounced, causing it to fall over.

So I raise my space cup to you Space X
Well done! And next time may you succeed completely.

And just a thought:
It's very hard to land a tall skinny piece of metal. Maybe we should be rethinking it's shape as well. Or at least give it a few more bottom fins so that falling over is really hard to do.

Because when we search for a new planet to live on before Earth freezes over, there might be T. rexes on our first stop and we'll want to leave right away rather than be eaten.

Liza and her outer-worldly advice
Posted by Liza O'Connor at 12:00 AM