Today, I share a bit from
The Gods of Probabilities.
A new Sci-Fi with romance coming out in July. 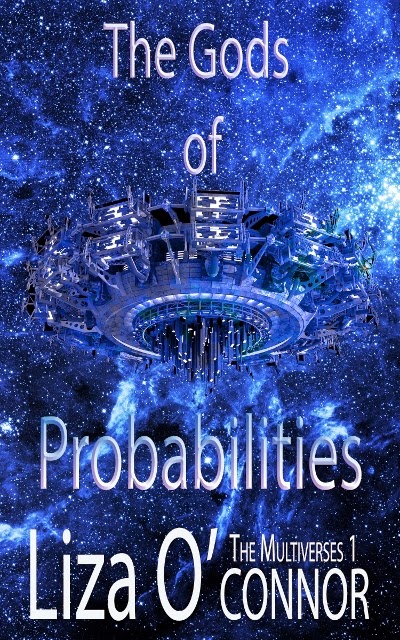 Ever Wondered how our universe came to be.
This is it's beginning...

Captain Zousan entered the control room after a poor night’s sleep. His sour mood had evidently been preordained given not one single member of his crew was to be found. Fine with him. He took no pleasure terrorizing his crew, but honestly, they all behaved liked spoil God-children.

He recalled his own petulant arrogance when he quit his father’s space and declared he’d make his own damn multiverse and it would be far better. Instead of apologizing for his constant complaints and unreasonable expectations, his father had accepted his resignation. “It will do you good to fail, Zousan. Your arrogance far exceeds your value. A bit of humility will serve you well.”

The Master of Time had been pleased to see his only son go off into new space until he discovered Zousan planned to take his baby daughter Athena with him. “You can’t take a baby on a ship!” he’d bellowed.

“She’s on a ship here. Unless you told them to sabotage the ship you’ve commissioned for me, she’ll be fine on my ship as well.”

While his father had no use for him, he did love Athena. But who wouldn’t? His daughter was perfection in all ways. She was the light of his life, the only thing he’d ever created that his father hadn’t criticized.

His father insisted on ‘additional improvements’ to the ship, culled out a bunch of losers from his crew he’d been dying to get rid of for billions of years, and set up a big bang to birth a new multiverse.

Zousan could still remember the day they flew into the tiny new bubble of multiverses. He’d been heady with power. Finally, he was in charge, and he’d do everything right and put his father’s world into shame by comparison.

Turns out creating a universe
filled with obliging helpful sentients
is harder than he anticipated.
Posted by Liza O'Connor at 11:28 AM

Email ThisBlogThis!Share to TwitterShare to FacebookShare to Pinterest
Labels: Sci Fi Romance, The Gods of Probabilities, The Mulitverses Series