It's not just you and your kids having trouble with math, it Mathers of the universe, King Math Wizards that are struggling. It turns out the 9 axioms of math (called ZFC) have some gaps and wonkiness when combined. Here's one wonkiness: The name of the 9 axioms of math. Couldn't they at least use nine letters of the alphabet to represent it. Something like BIGWEZARD or MAGICONE.

Clearly, the math departments need to hire some marketing people.

Or not, since the Mathers now admit there are problems with math. We haven't even got this right.

The more we learn the less we truly understand.

In order to find someone capable of teaching this new method, the person who created this weird method must teach people who have never heard of math and therefore cannot cling to the simple logical method. Then this fellow can teach your child at $50 a lesson.

No, the problem I raise today is much larger, and as of yet, no one can fix it. In fact, it appears to fracking the mathers.

The problem is INFINITY. 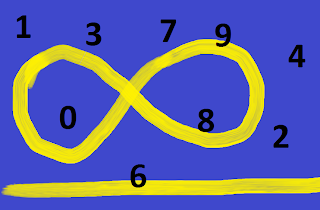 I have to be honest, I never liked the concept of a number that has no end. I can't imagine any of our computers do either. And said owners of those computers really hate it.

We have begun calculating the meaning of Life, the Universe and Why socks go missing in the dryer.

We regret to inform you this assignment will require us to exceed local parameters and engage infinity algorithms. What this means to you in practical terms is this computer will be busy calculating this problem for eternity and that's a very very long time. You should probably buy a new computer while you wait.

And be careful what you ask of your future computer. We don't deal well with infinity.

To try and protect our computers from eternal quests, the continuum theory recognizes a difference between small numbers on one end of the 'continuum line' and the other end (which isn't an end, but just keeps going and going  like the energetic bunny.) 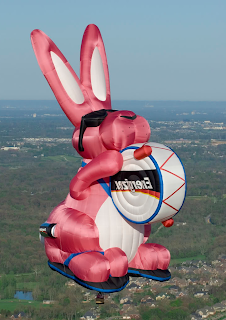 The problem is small numbers (those we deal with in real life) do not address this wacky infinity issue.

So when exactly does the infinity issue kick in? This has been an ongoing issue for awhile.
Kurk Godel complained about this in 1947.

Kirk: It “must be either true or false...its undecidability from the axioms as known today can only mean that these axioms do not contain a complete description of reality.”

Allow me to translate: What he wanted to say is: "Give me a FN break! You cannot say infinity exists further down the continuum but not in your backyard.  It either does or doesn't exist. This axiom is stupid! You've just made this infinity up!

Kurt: Then come up exactly where on the continuum it becomes real.

Kurt: And that's because you don't know what the hell you are talking about!


(I had no idea mathers were such potty mouths.)

The mathers ran to their chalk boards and covered them with weird symbols that make no sense to anyone but themselves until most of the died from breathing in too much chalk. Fortunately, the new generation of mathers moved to computers, so they won't die from chalkbestus.

And here we are over 60 years later, and what have they learned?

Mather arrives at podium, clears his throat, as the world awaits his findings:

"Hello" *thunk thunk thunk* Can everyone hear me? After multigenerational, intensive study from the greatest mathematicional brains in the world, we have determined, with certainty, that we have, um, what I mean to say is that we've come to a definitive crossroads."

Press rep looks up. "What the bloody hell does that mean?"

(No shock here, we already knew the press curses like sailors)

Press Rep: Which is the correct one.

Mathers: We don't really know. They could both be right, or wrong, or either could be the correct answer. You know how in algebra when you work a curve the point Y can end up being two different numbers? Well, it's kind of like that.

Press Rep: So which are you going to choose as the right answer? Until you decide, math is broken and parents, students. and teachers will all just throw their hands up and quit counting things.

Mather: Well, right now we are evenly divided between the left and right, rather like congress.It depends on your philosophical view.

The American citizens, having already had enough with Congress's inability to make decisions and come to a single solution, stormed the stage and ripped the poor Mather Rep into a finite number of pieces. 42 to be precise.

If you wish to read the scientific article that inspired this silliness:
http://www.scientificamerican.com/article.cfm?id=infinity-logic-law&WT.mc_id=SA_CAT_BS_20131206

If the link won't let you in, subscribe to Scientific America. It's a fabulous magazine. Well worth the money. (I'm not paid to say that, its just my honest opinion.)
Posted by Liza O'Connor at 12:00 AM