Today I have the fabulous T. F. Walsh on my site to teach me how to construct a world. Mine doesn't rotate correctly.

WORLDBUILDING MAKES A WORLD OF DIFFERENCE 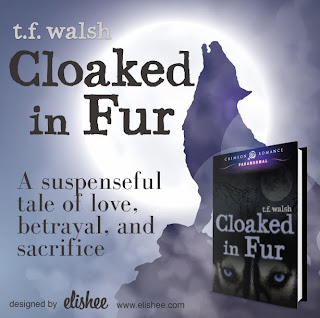 When it comes to fantasy and science fiction novels, worldbuilding is crucial.

It covers anything inside the story created by the author, from the culture, to the animals that inhabit the world, the location, to the clothes, to the language people speak, and so much more.  What I love about worldbuilding is the freedom to create worlds that exist in my head. It follows my rules because every world needs rules about the way things work.

But when we look at sub-genres such as paranormal romance and urban fantasy, they’re set in today’s world most of the time, in cities and towns we recognize. These stories don’t have a lot of worldbuilding, especially when compared to an epic fantasy like The Lord Of The Rings, but it’s still needed.

In Cloaked in Fur, for example, the novel is set in Brasov, Romania. This is a real place, but there were a number of details added to its world that elevated the setting to make it unique to this story.

-        Brasov is located within what is the regional traditionally known as Transylvania. Transylvania means The Land Beyond The Forest
-        The Bran Castle, which has long been associated with Dracula, actually has very little to do with Vlad the Impaler (whom many believe Dracula was based on). Vlad was not Transylvanian, but Wallachian.
-        In the city of Braşov there’s a statue of the She-Wolf of Rome; a symbol of the Roman Empire
-        It is very common for bears to come into the centre of Braşov from the Carpathian woods, even in the middle of the day
-        Today Braşov is quite a modern city, and one of the most impressive places in Romania. It’s a hotspot for tourists.

5 Fictional Worldbuilding Changes made to Brasov in Cloaked in Fur

-        A pack of wulfkin live in the Transylvanian forest, working as Park Rangers to conceal themselves

-        A territorial dracwulf roams the same woods, occasionally skulking into the city of Brasov to snack on people

-        Once every 15-20 years, a full-eclipse happens on the blood moon, and half werewolves become full breeds

-        Wulfkin packs live across Europe with the head pack located in Hungary.

"It is necessary to create constraints, in order to invent freely. In poetry the constraint can be imposed by meter, foot, rhyme, by what has been called the "verse according to the ear."... In fiction, the surrounding world provides the constraint. This has nothing to do with realism... A completely unreal world can be constructed, in which asses fly and princess are restored tolife by a kiss; but that world, purely possible and unrealistic, must exist according to structures defined at the outset (we have to know whether it is a world where a princess can be restored to life only by the kiss of a prince, or also by that of a witch, and whether the princess's kiss transforms only frogs intoprinces or also, for example, armadillos)."
—Umberto Eco, postscript to The Name of theRose. 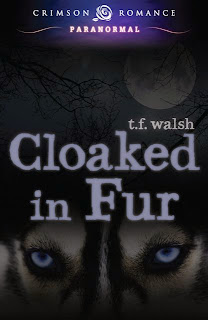 Cloaked in Fur is Available Now

As a moonwulf, Daciana never expected to fall in love with a human. Hell, she never imagined that she’d abandon her pack, endanger everyone around her, and break the worst rule possible. But she did.
A rogue werewolf is killing Daciana’s friends, and she sets on capturing the creature.  She’ll do whatever it takes to stop the beast. The police and her boyfriend, Inspector Connell Lonescu, are starting to question her involvement in the murders, which is endangering the pack’s secret existence. But when the pack alpha kidnaps Connell, revealing the awful truth about the creature and its connection to the pack, Daciana must choose between saving the man she loves and saving her pack family from certain death.
Paranormal Suspense With Strong Romance 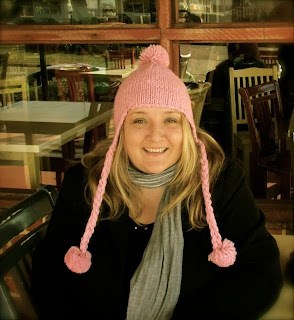 About the Author
T.F. Walsh emigrated from Romania to Australia at the age of eight and now lives in a regional city south of Sydney with her husband. Growing up hearing dark fairytales, she's always had a passion for reading and writing horror, paranormal romance, urban fantasy and young adult stories. She balances all the dark with light fluffy stuff like baking and traveling.

Fabulous guest post, T. F.  But I still don't know how to get my planet to rotate correctly. Maybe I should give it a rule, like Must be Roundish.

Now, I've concluded many of my Sci Fi Viewers are Telepathic Aliens who have long ago forgotten how to write. But if you still have hands and know how to type, please leave a comment. It's dark chocolate to an author's soul.