Liza: This is a sad day for me.

Liza: I must write a review on the last of Rebecca Royce’s Warrior Series.

Liza: If I thought for a moment Rebecca Royce wouldn’t end the series if I refused to write a review. I’d stop writing reviews entirely. But the heroine Rachel Clancy is 18 now and evidently Rebecca thinks she’s tortured the poor girl enough.
So Book Five concludes the series.

Jess: My heart is breaking!

Liza: Mine too. But first, let's hear from Rachel: 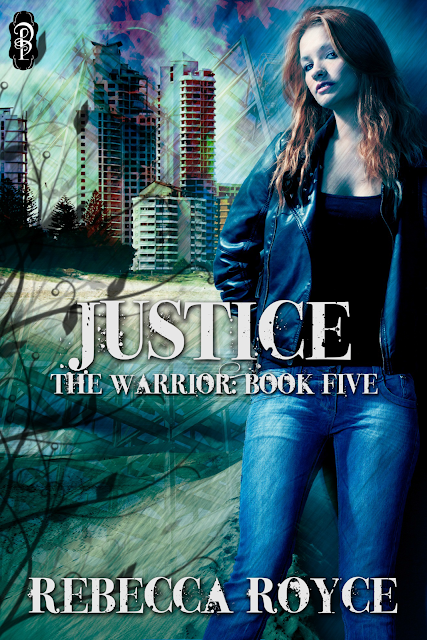 My name is Rachel Clancy.

If you’ve been reading these books, then you already know that. But I feel the need to introduce myself to you every time I start a new one, like you might have just found me, or you’re a stranger I don’t know. Manners dictate the introduction although I suspect I’ll never know your name in return, which is okay. Maybe it’s better I never do.

I haven’t held anything back from you. I’ve not tried to make myself look better or less selfish or more mature. No, I wrote down everything the way I remember it happening. Someone else might remember the events differently but this is how it happened for me, or at least how I see it when I think about the years between my sixteenth and eighteenth birthdays.

Eighteen would have made me a grown-up in the Before Time, in the days before Dr. Icahn’s experiments nearly ended the entire world. In the time after, sixteen became the year we achieved maturity. Still, for me, since I could remember what my life had been like before, eighteen meant something when I finally got there.

It indicated I had survived, somehow. When I blew out the candles, low-sung lyrics of “Happy Birthday” filling the room, and my mother and father cheering, I couldn’t help but disbelieve I’d actually made it to my birthday. Was this all a dream? Had I died on a field, eaten by a Werewolf, and these thoughts of my eighteenth birthday were imaginings of my dying mind?

Writing these tales, telling them to you, helps me to believe they happened.

But the sad truth is, if you are reading them, then most likely I am dead.

Because I don’t know that I’d give them to anyone in any other set of circumstances.

If you’re reading my books, then it’s possible I never saw year nineteen.

That thought would make me horribly sad if I couldn’t feel in my bones that justice was coming, on her way, down the road—traveling toward us. Those who destroyed humanity will have their reckoning

Reader, if I didn’t live long enough, I hope it felt really good to see Icahn fall. I hope everyone reveled in it, partied through the night, kissed, and cried out with glee for the way he ended.

Even if I never got to see it.

The story begins with Ichan’s humans attacking Genesis.   Rachel’s past is confused with various lines of ‘truth’ that doesn’t always mesh with others due to the memory manipulations Ichan has done to all of them. But in her past, she only killed werewolves and vampires. Now, she has killed a human and it makes her physically ill.

In the prior book, Ichan avoided capture and escaped from Redemption. Now in hiding, he’s sending humans to kill the Warriors who try to stop his evil machinations.

In anticipation of the final battle against Ichan, they send the children with a few warriors and mothers to hide in the last place Ichan would expect: his former cloning labs, ironically called Redemption.

When the final showdown with Ichan occurs, as always he takes them by surprise. Entering through a tunnel, with a massive army, he takes the children and guarding-warriors hostage. The first thing he does is contact Rachel and kill a Warrior whom Rachel has admired and loved, as did I.

It will break your heart, as will the decision Rachel makes to ensure Ichan dies. Her ability to sacrifice herself for those she loves has no limit.

Her decision leads her to certain death, but she has defied death before, can she do it yet again?

Those who come to her aid are men she’s had reasons to mistrust in the past. Will they, can they save her, or will she once again be betrayed.

And even if they do get her home, is there any hope of survival with starving Vampires making their ways to the surface in search of blood?

I adore this series and this book did not disappoint. The story is action packed from beginning to end. As always, Rachel becomes the key, the linchpin to save everyone.

Yet, even in the most dire of moments, she still retains her fabulous acerbic wit. Take for example her thoughts when the werewolf pack is planning to rip her to pieces. They hate her because she got their leader’s son killed in book four. (Jason saved her life, but died in doing so). 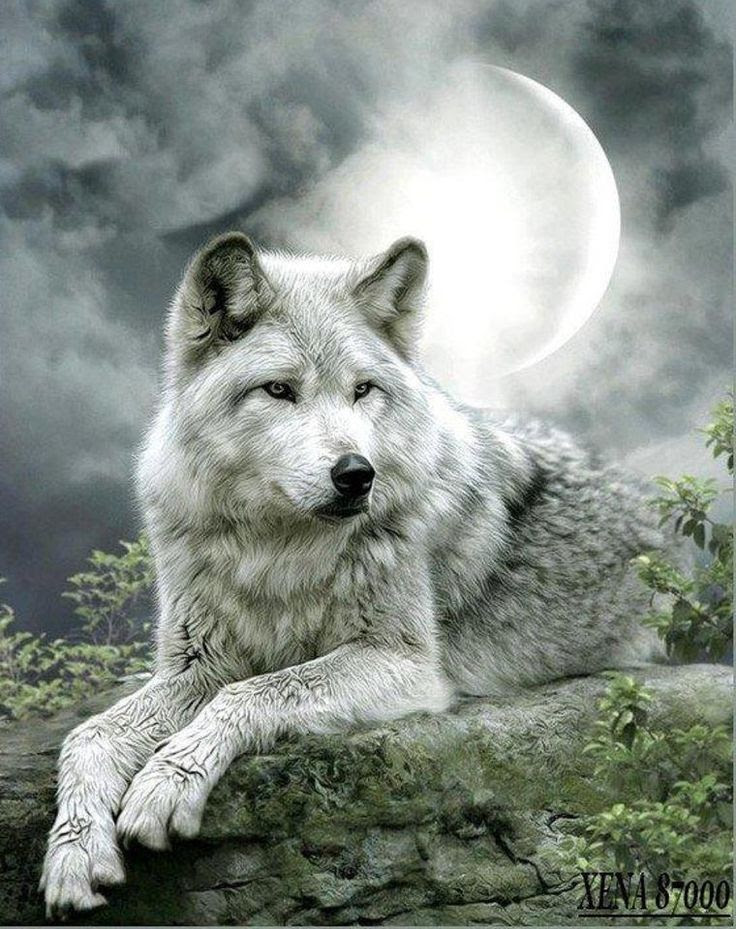 Only one werewolf questions if they should revenge Jason’s death in this manner and this is her thought in return:

Maybe the severity of the circumstances made me too sentimental, but it moved my heart in a small way to know someone else thought Jason would really not want me eaten.

That is pure Rachel and why I have loved her completely for five books.

The story concludes with an HEA, which is no mean feat given the situations Rebecca Royce puts the poor girl through. (I suppose since she turns 18 in this book, I should call her a young woman.)

The only issue I have with Royce, is that she has ended the series. Honestly, I never wanted it to end.

It is with great sadness, I give this book, and the entire series a spectacular 5 stars.

I will love and think of you, Rachel Clancy, Always! 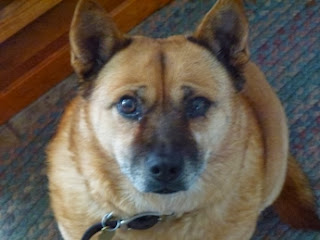