C.S. Wilde shares From The Stars 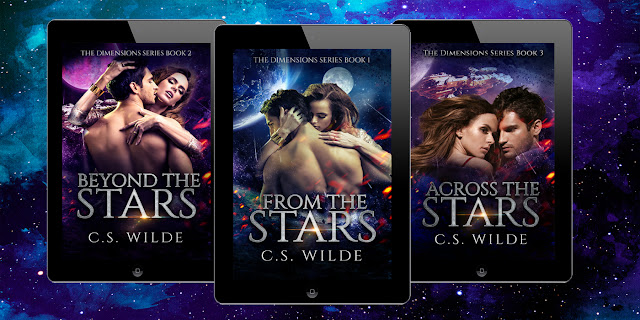 For her, he'll go to war with the entire galaxy.
James Bauman's life turned upside down when he fell for Miriam, the most amazing woman he's ever met. If only she were human, things would be a lot easier.

Miriam cannot love, but this won't stop her from trying. She must be careful, though. Strong emotions are forbidden in the Whisar Empire. If the council discovers that she's trying to fall in love with an earthling, they'll pull her heart out. Literally.

James will do everything in his power to show Miriam what love is, but if he succeeds, the wrath of an ancient alien race might crash upon him... and doom Miriam forever.

Praise for From the Stars:

★★★★★"When it comes to enjoyable science fiction romance, this is a prime example of how to make it work." Nicholas Conley
★★★★★"This book has compelling characters, a plot that keeps you turning the page, and a romance that will make you swoon and your heart ache." Amazon Reviewer
★★★★★ "Loved this book, can't wait for more!" Amazon Reviewer 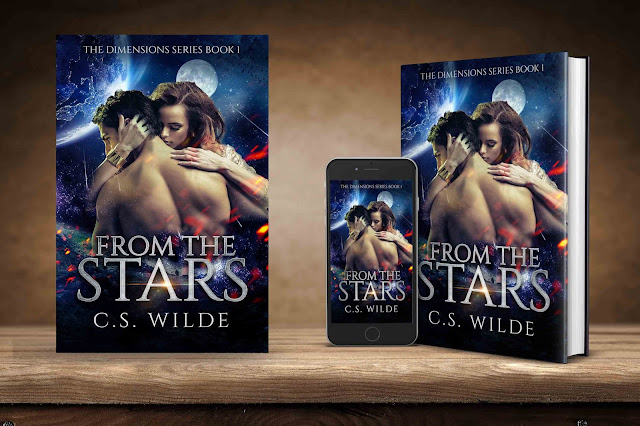 ABOUT THE AUTHOR:
C.S. Wilde wrote her first Fantasy novel when she was eight. That book was absolutely terrible, but her mother told her it was awesome, so she kept writing.
Now a grown-up (though many will beg to differ), C. S. Wilde writes about fantastic worlds, love stories larger than life and epic battles.

She also, quite obviously, sucks at writing an author bio. She finds it awkward that she must write this in the third person, and hopes you won't notice.